The Ferry Building clock in the 1930’s, (I hope that wasn’t the Three Stooges up there!) and the clock with an orange Ferry Building in October of 2014 during another Giants Championship run. 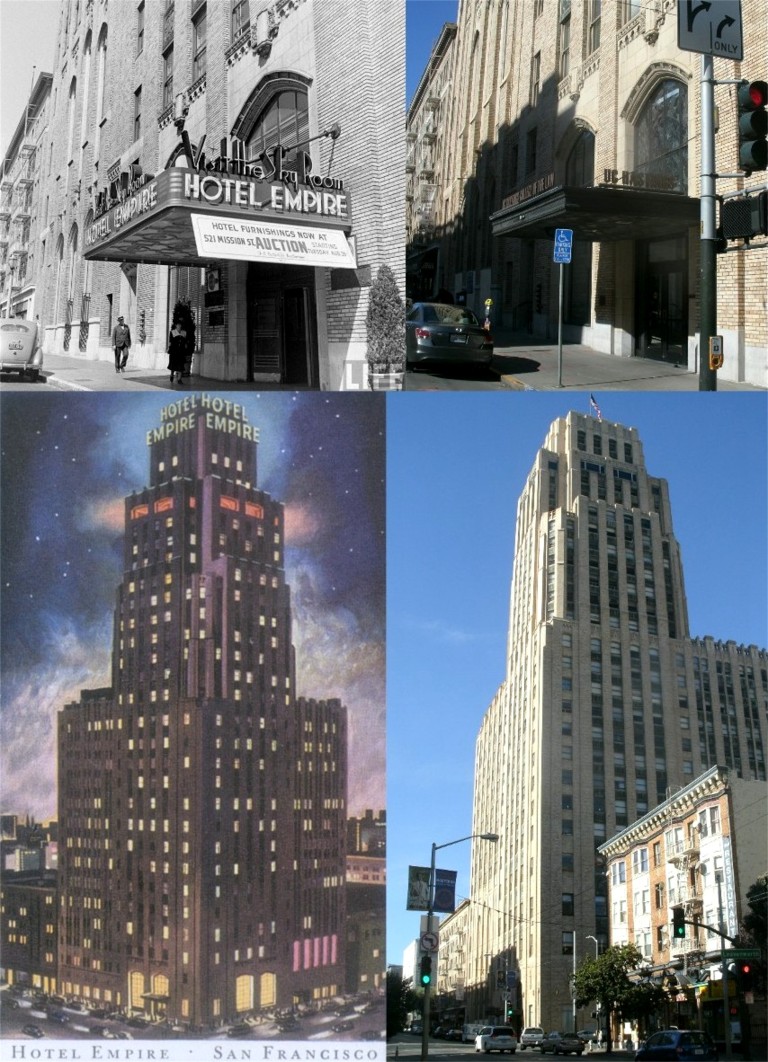 The Sky Room in the old Empire Hotel near the Civic Center rivaled The Top of the Mark for rooftop lounging in the 1940’s. 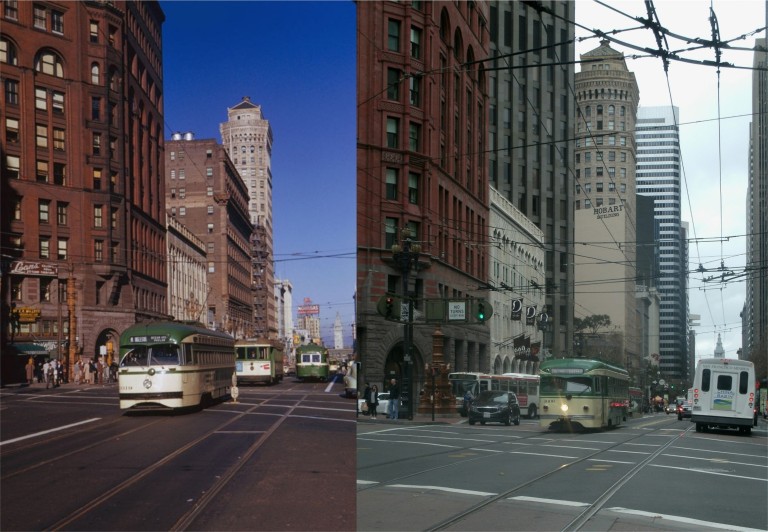 Another Cushman Collection gem, Market, 3rd, and Kearny in 1952:

It’s interesting that Charles Cushman would take a color picture of this unimposing building on the corner of Green and Sansome Streets at the bottom of Telegraph Hill in 1952, when its significance was not generally recognized yet. You’ll notice the Historical Marker in front of the building that was not there in 1952. An event occurred here on September 7, 1927 that had an impact on everybody in the world from Lucille Ball to me, who spends most of my spare time reaping the benefits of what happened here. This is where the first television set was invented.