Looking west from the Hayward hills above East Bay Cal State. The tall building on the right, the Warren Hall, was imploded in August of 2013. Hayward’s movie claim to fame was in the 1973 film ‘Steelyard Blues’, (See the September 26, 2016 post called ‘Some of my favorite pictures’) but there are some interesting historical photos of the city.

Downtown Foothill Blvd in the late 1950’s or early 1960’s: This the main shopping strip before the Southland Mall was built.

The old Hayward City Hall, opened in 1930, was deemed unsafe because it sits on top of the Hayward Fault, and closed in the late 1970’s.

Tykes on bikes at the intersection of B Street and Main.

Bobbysoxers line up to see heart throb Tony Martin in ‘Casbah’ at the old Hayward Theater in 1948. The theater was demolished and is now a parking lot.

Another interesting city southeast of San Francisco is San Leandro.

The popular Cherry Festival has been an annual event in San Leandro for almost one hundred and seven years.

A parade on Washington Ave. seen from the San Leandro Plaza in honor of San Leandro Day coming to the Treasure Island Fair August 4th 1939: All of the buildings behind the parade have been demolished, and the spot is now a parking lot and strip mall.  (SLHPDC) 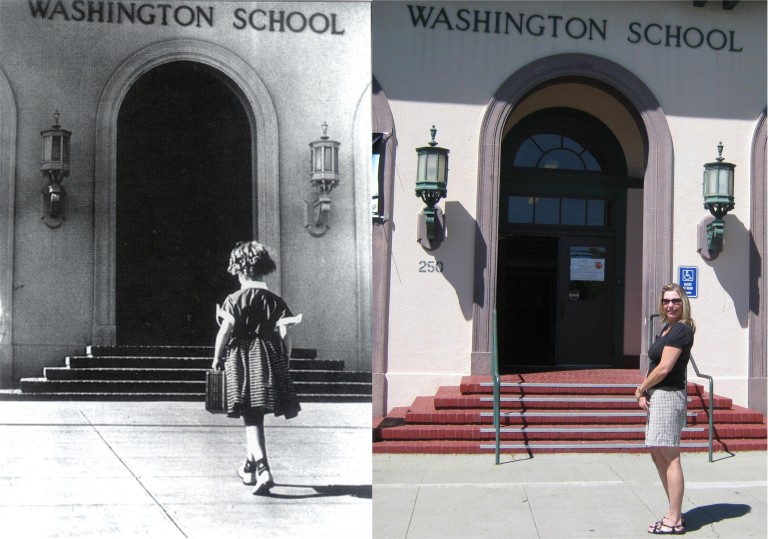 A mid 1950’s photo from the San Leandro Historical Photograph and Document Collection: Some people who are very dear to me went to school at Washington Grammar School. 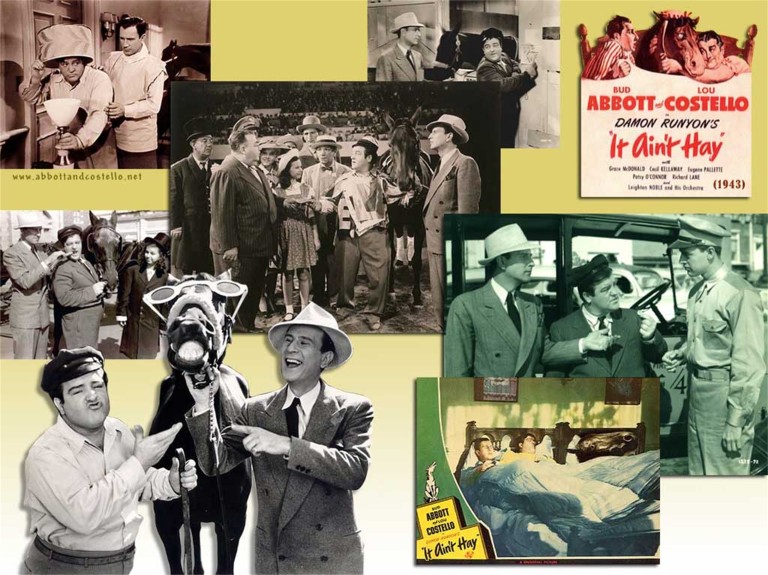 Off to Pleasanton: Abbott and Costello shot scenes for their 1943 film ‘It Ain’t Hay’ at the Alameda County Fair Racetrack in Pleasanton.

Lou Costello, on a runaway horse, races under the Downtown Pleasanton sign. Since the location of the film is supposed to be New York, the sign was temporarily changed to Saratoga for the famous racetrack there.

At the film’s end, Lou’s horse jumps the racetrack while he’s riding underneath it, and wins the main race. Hey, it can happen! 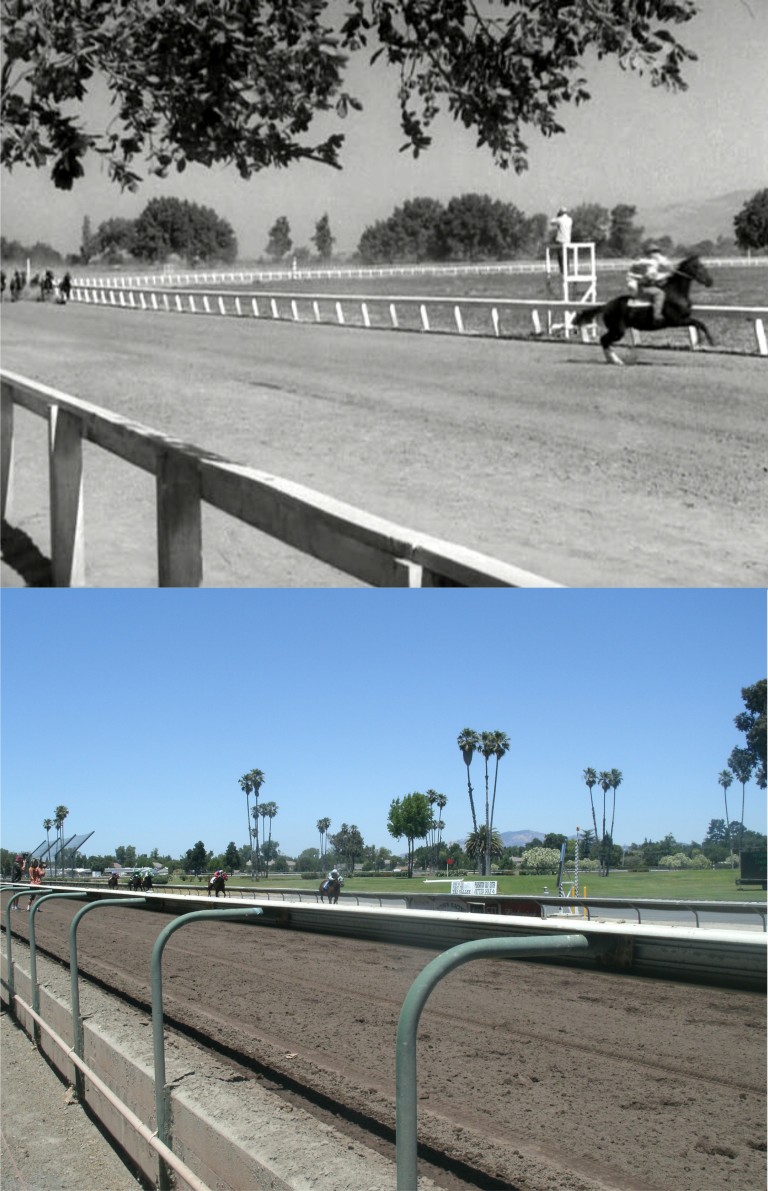 Lou rights himself in time to cross the finish line.