I’m never sure where Nob Hill ends and Russian Hill begins, or where Russian Hill ends and Nob Hill begins, if you’re coming from that direction. The boundary that separates Nob from Russian Hills is generally considered to be Pacific Ave, but the zip code directory that includes Russian Hill extends to Jackson Street. Yesterday was a really pretty day in the Bay Area, so I took a few hours off to drive over to San Francisco with one of the girls who helps out in the office. I let her drive and found out that she’s a maniac behind a steering wheel. I used up my whole day’s supply of Hail Marys getting to and from San Francisco. Tricia also got to drive down Lombard Street for her first time, and I’ve included a silly video of that adventure at the end of this post. She also helped out as a wheel lady, double parking while I took these then and nows somewhere on or between Russian and Nob Hills. The vintage pictures are from a website called the San Francisco Picture Blog, hosted by blogspot.com. 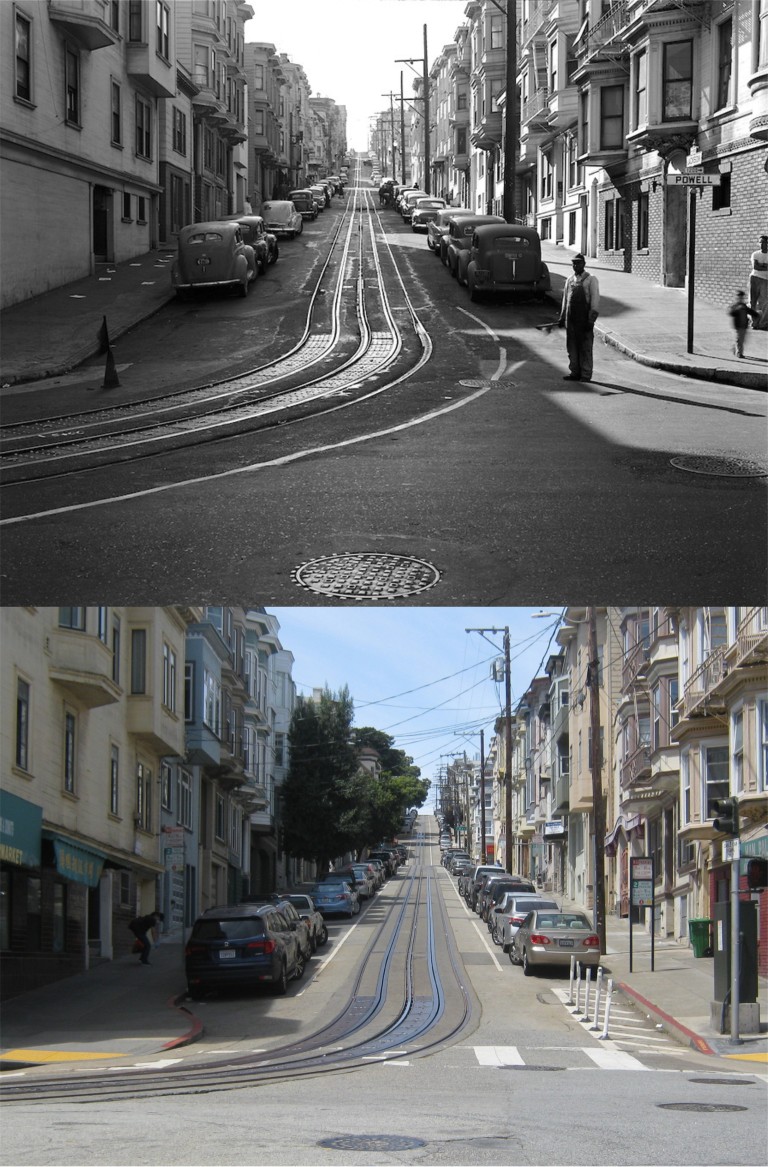 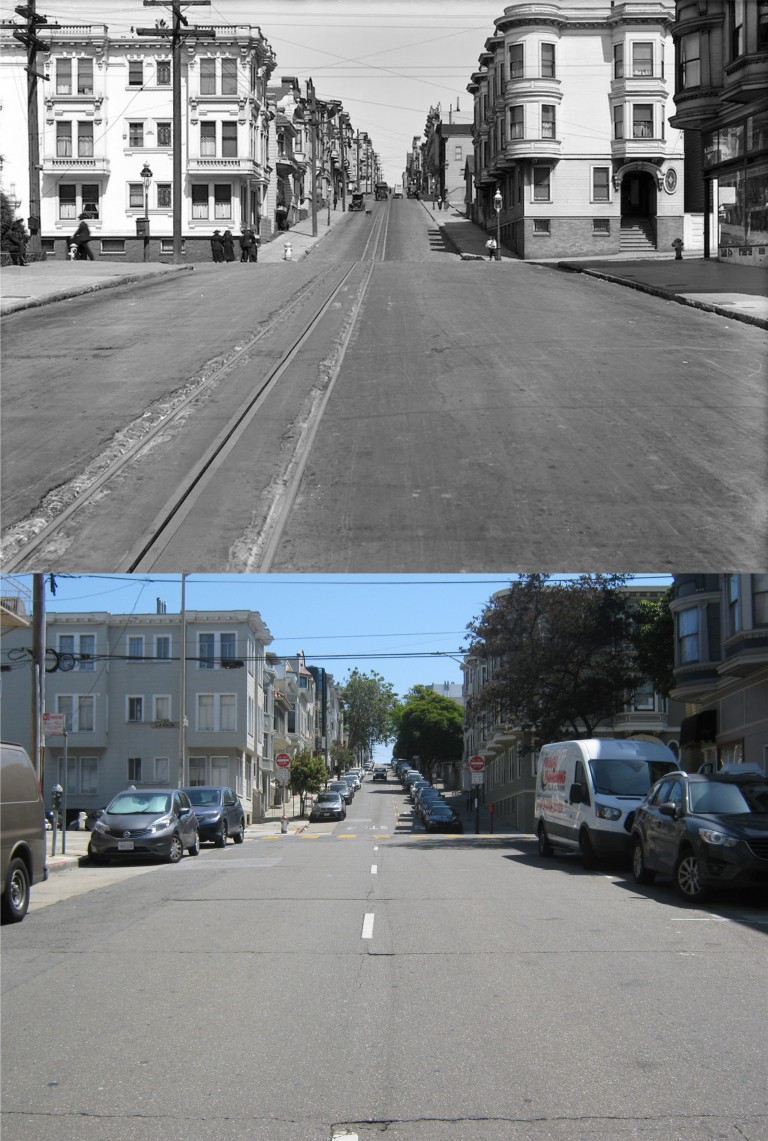 The exact opposite view from the previous picture of Jackson Street at Larkin, looking east in 1920:

Looking west down Union Street from Larkin Street in 1948:

Pacific Avenue, looking south along Hyde Street in 1956: They’re doing lots of road work around San Francisco right now during the coronavirus pandemic, but not here at Hyde Street, like in the vintage picture. That’s obviously work along the cable car track. 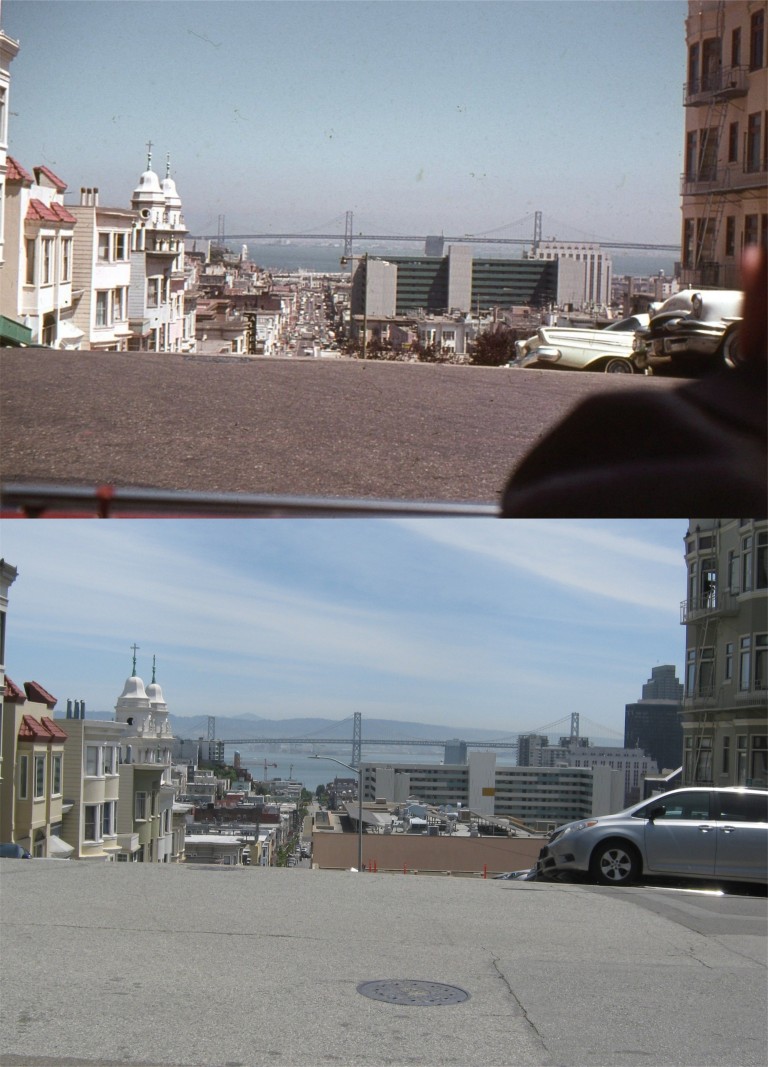 Looking east down Broadway from Taylor Street in 1964:

Grant Avenue, looking west down Union Street toward Russian Hill in 1966: We were geographically starting to climb Telegraph Hill here.

The following video is a rare drive down a practically empty Lombard Street, between Hyde and Leavenworth Streets.

3 thoughts on “Between two hills (For Tricia)”