They’re putting on the finishing touches, like tinsel on the Christmas tree, around Union Square for the holiday decorating, but it’s still pretty quiet because of the rainy weather. I had a couple of good days without rain this week to go around and take some pictures.

With lower Stockton Street open again after so many years they’re not about to close it again, so they moved the street mall to Grant Avenue between Geary Blvd. and Post Street, and Maiden Lane. The vintage picture here on Grant Avenue is from 1960. (Source, opensfhistory.org) 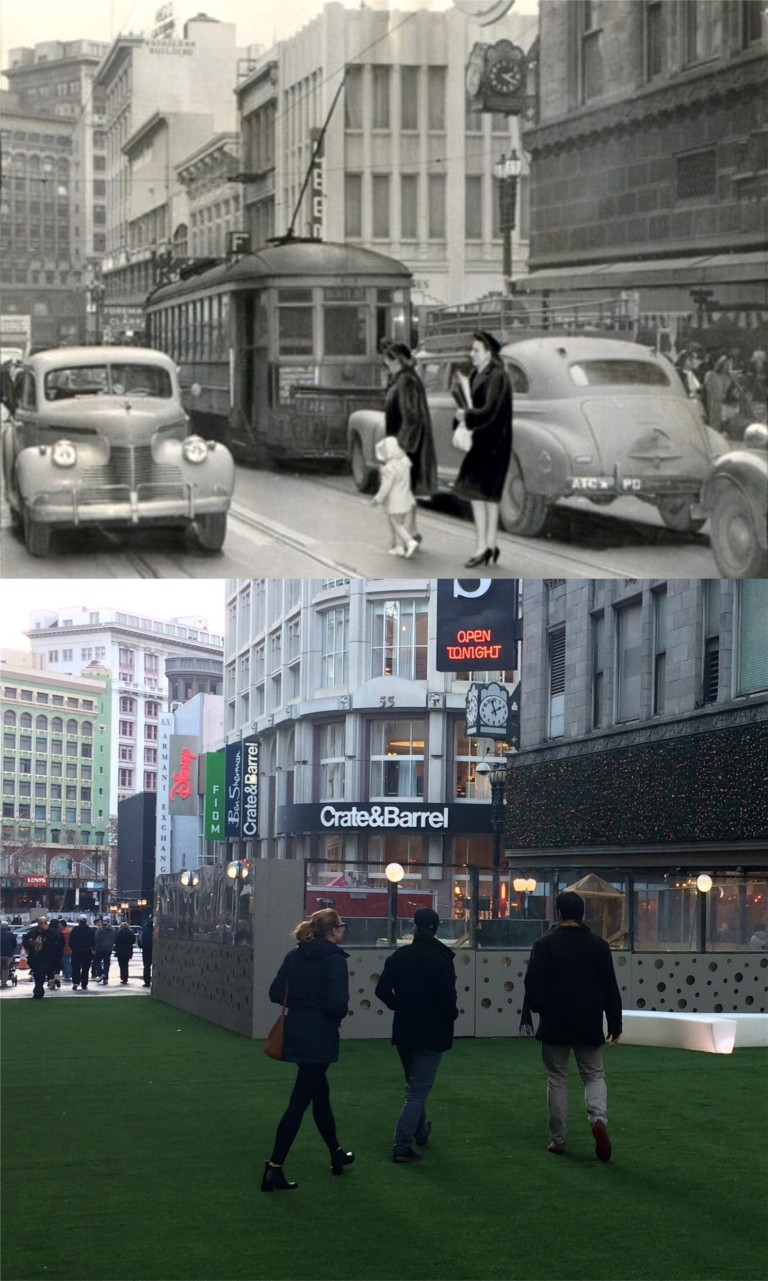 The pedestrian mall used to run along Stockton Street from Market Street to Geary Blvd for years. This picture of mine was taken in 2016 between O’Farrell Street and Geary looking toward the old Macy’s clock. The vintage picture is from the 1940’s. 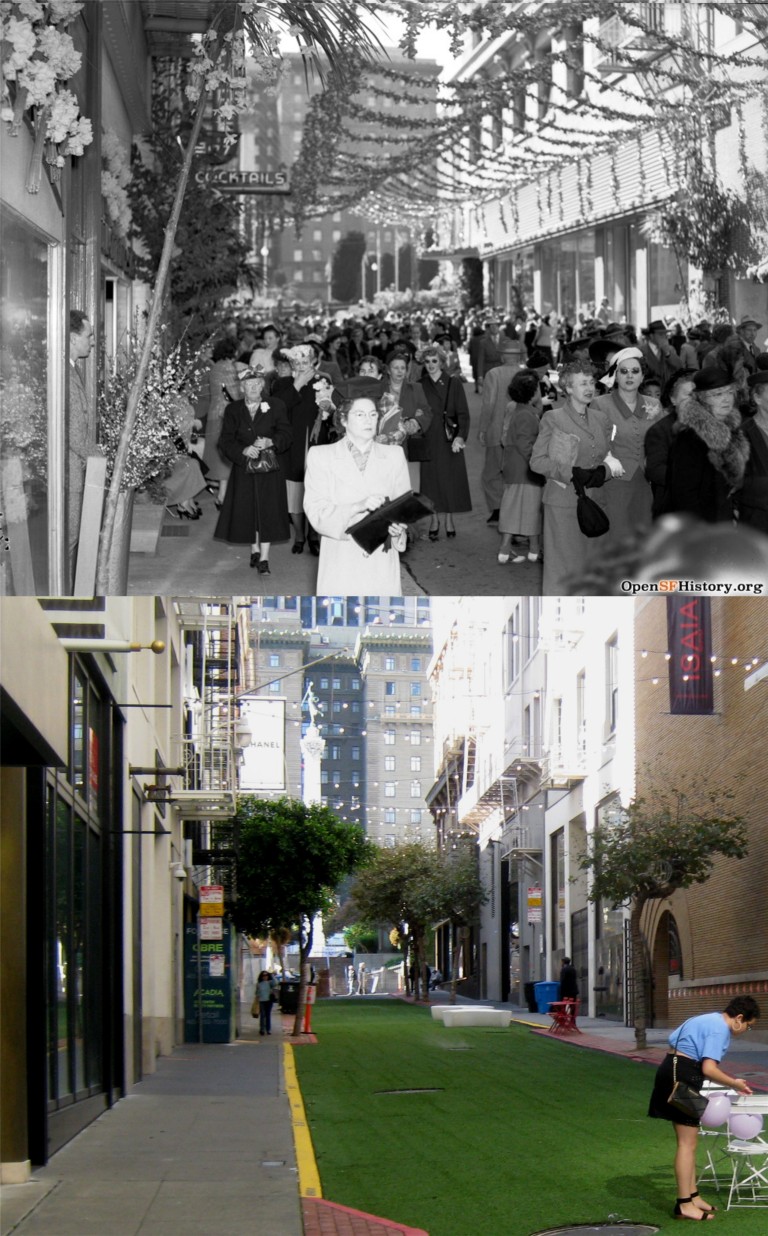 There were a lot of Maidens in Maiden Lane in this picture from 1949. (opensfhistory.org) 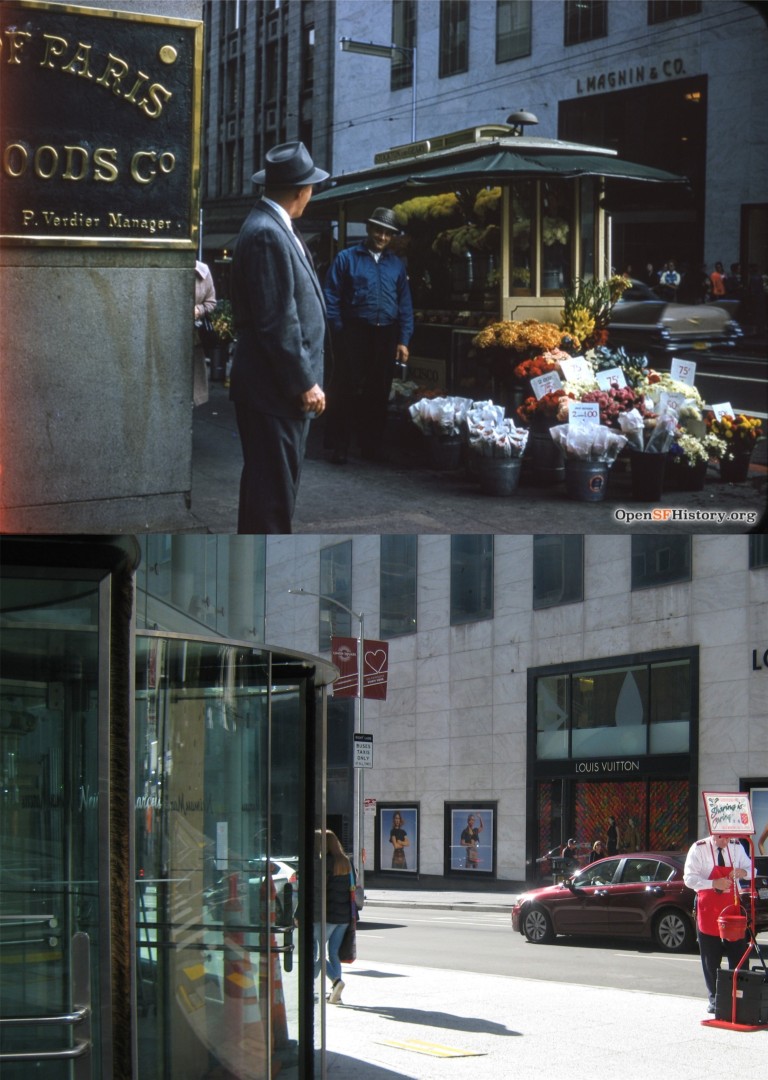 The southeast corner of Stockton Street and Geary Blvd. in 1958, looking toward the old I Magnin Department Store: The vintage picture was taken near the entrance of the much loved City of Paris Department Store. (opensfhistory.org)

The City of Paris seen from Union Square in the 1940s: Forsaking a rally to save the old landmark building, it was demolished in 1979. The Neiman Marcus Department Store is there today. (SF Chronicle)

Neiman Marcus had the class to save the painted glass ceiling from the rotunda of the City of Paris, and you can step back in time for a minute when you go up to look at it. (SF Chronicle)

The northwest corner of Geary Blvd. and Stockton Street looking toward Union Square during the 1950s: (San Francisco Pictures Blog) 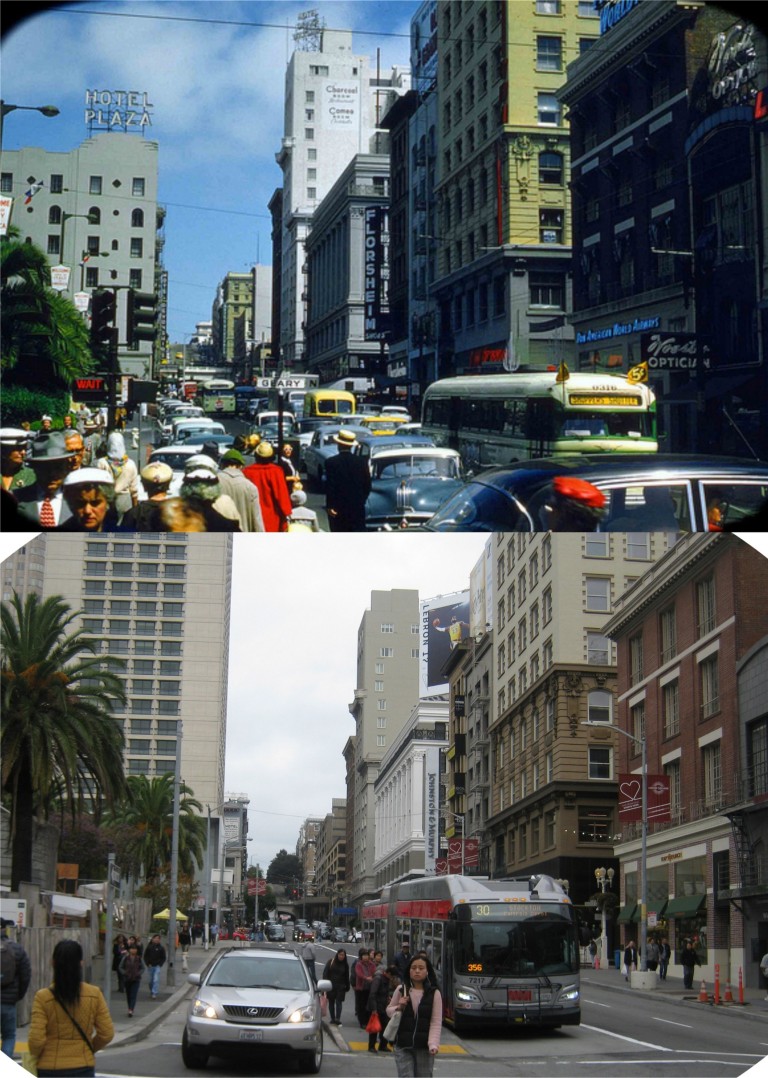 I’ve been waiting for awhile for them to clear the construction off Stockton Street from the MUNI expansion to Chinatown so I could get a comparison picture of this Charles Cushman Collection, looking past Maiden Lane toward Post Street in the 1950s.

The north entrance to the Union Square Parking Garage on Post Street in 1967: The vintage picture is a nice time capsule. (San Francisco Pictures Blog) 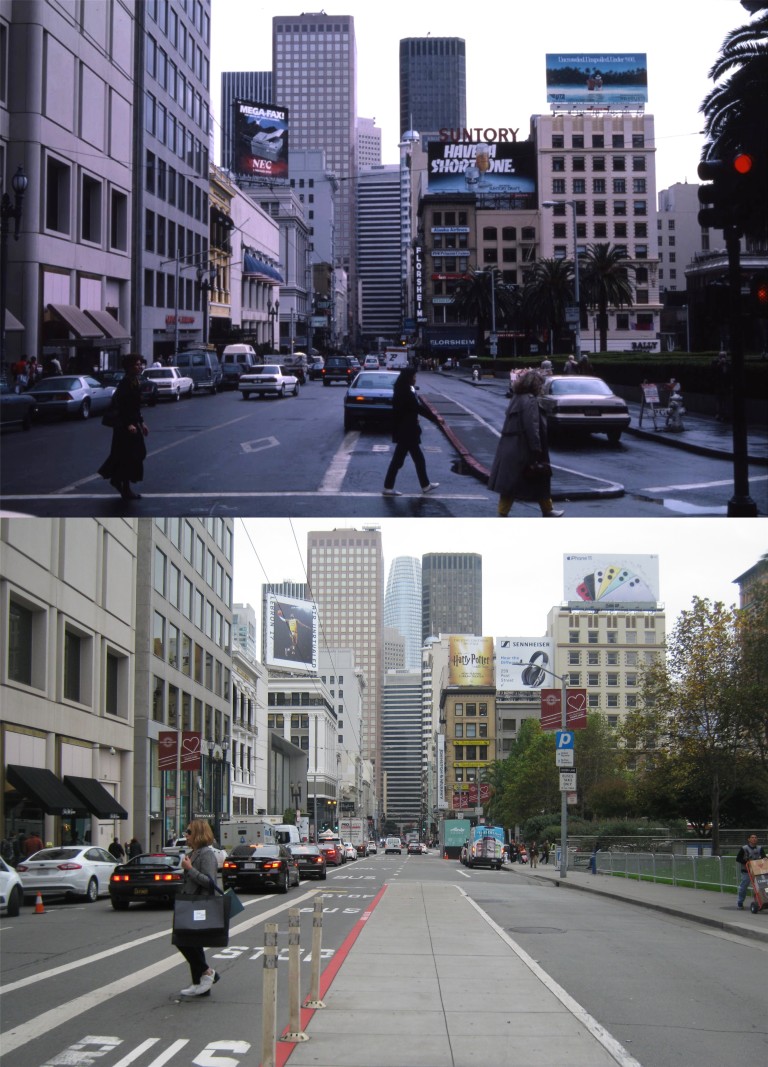 A gloomy 1987 picture along Post Street from Powell Street in 1987: San Francisco has had days like the older picture a lot recently, but yesterday was a little nicer. (San Francisco Pictures Blog, Rob Weststrate)

One thought on “Getting ready for Christmas 2019 around Union Square”