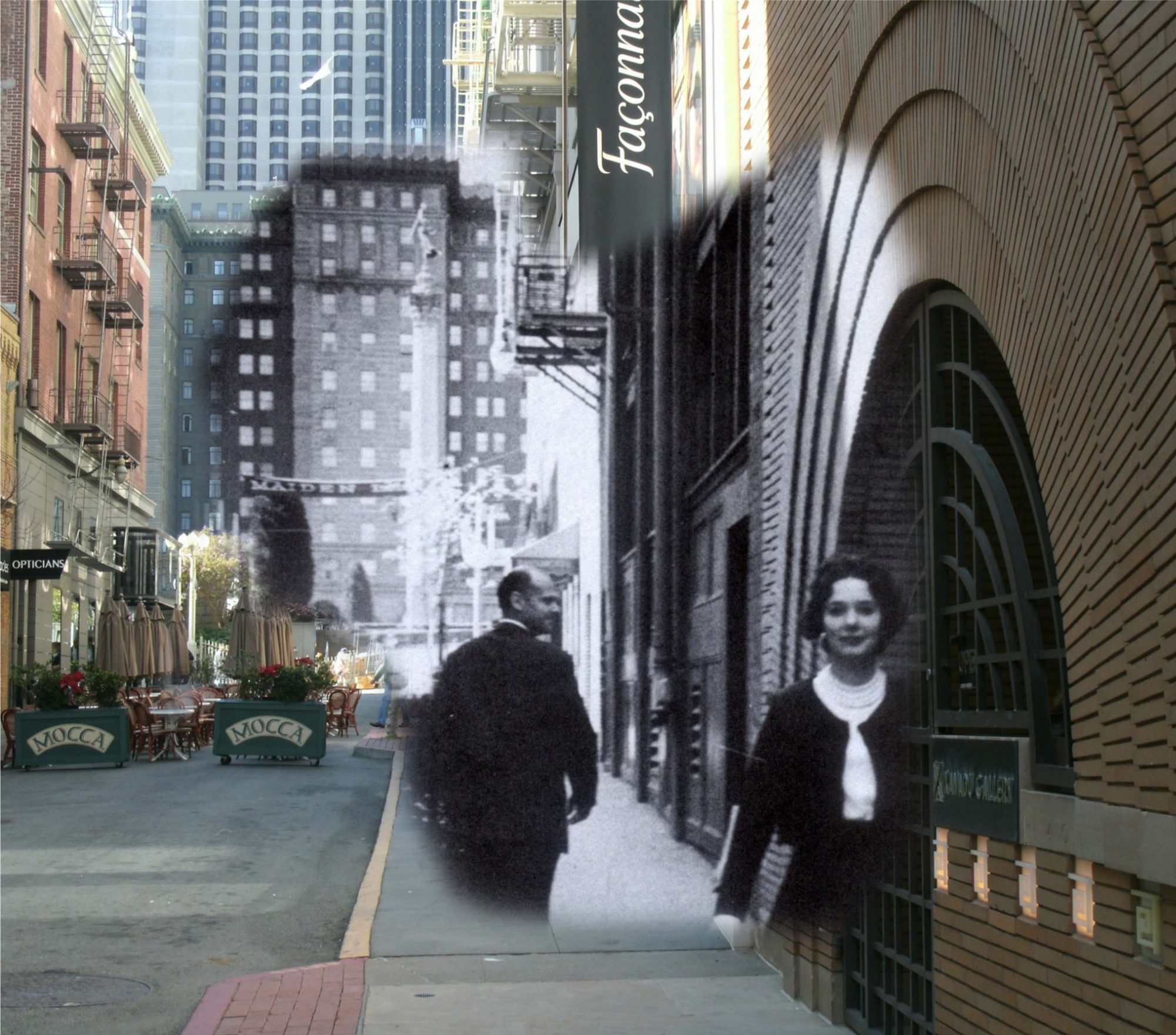 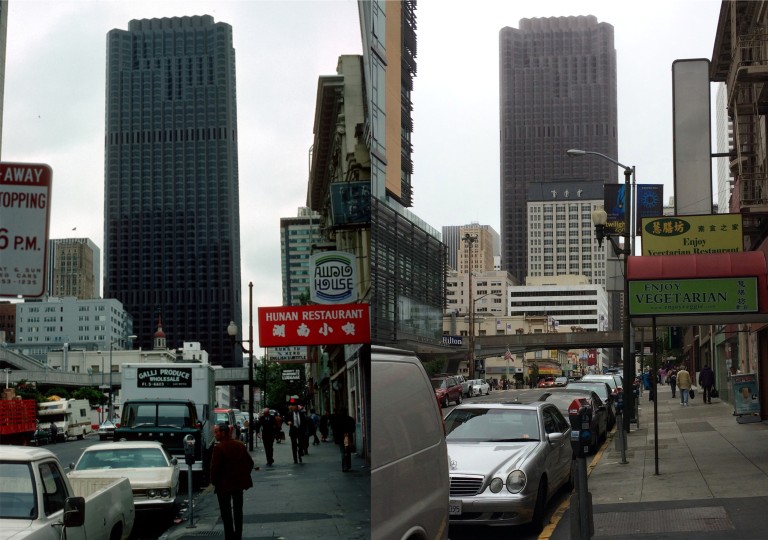 Kearny Street near Jackson:  See the little tower near the bottom of the enormous Bank of America Building? If you did notice that, you might have thought to yourself, “Now, why does that look familiar?” It’s gone in the modern picture. We’ll get back to this in a moment. (Vintage pictures by Peter Stratmoen)

Looking down California Street from Grant Avenue: This fellow seemed to have a propensity for taking pictures on dark and gloomy days; the Edgar Allan Poe of 1970’s photography. Notice the building with the clock on it on the left in the older picture. You may wonder, “Now, where have I seen that before?” And then you’ll think to yourself, “Oh, yeah, the previous picture! I can’t remember Tim’s pictures from one to the next!” I should have posted this on the Fourth of July; that building was the Fireman’s Fund Insurance Company Building. It was designed to look exactly like Independence Hall in Philadelphia where the Declaration of Independence and the Constitution were both adopted. It was demolished in 1986.

Looking down Ellis Street from Powell: Did the sun ever come out for Mr. Stratmoen? You can see the John’s Grill Restaurant on the right in both photos. Although it’s a favorite of Maltese Falcon aficionados today, it wasn’t as well known for its connection to the book and movie back then. Time has made a relic of it. (I know, who’s going to notice John’s Grill when the picture has a pretty girl with a Victoria’s Secret bag in it!)

On a more serious note, notice the Imperial Palace Restaurant in the modern picture. Although small in scale compared to the events of these days, two years after the vintage picture above was taken this was the scene of San Francisco’s worst mass shooting in modern history. On September 4th 1977, a Chinatown gang attempting to kill members of a rival gang opened fire on customers. Five people were killed, and eleven others were injured. None of the victims were gang members. It came to be known as the Golden Dragon massacre, which was the name of the restaurant at the time of the shootings.