Candlestick Park, long ago, and all that’s left today:

I got a chance to tour Candlestick Park one last time before it closed forever. Joe Montana to Dwight Clark in 1982, “The Catch”. Easily, the San Francisco 49ers greatest moment at Candlestick Park. “The Catch” was where the ‘N’ is in the picture on the right.

The Beatles played their last live concert here, (If you don’t count the Let It Be concert on the top of Apple Studios) in 1966. Paul McCartney came back in August of 2014 to close out Candlestick with a concert. 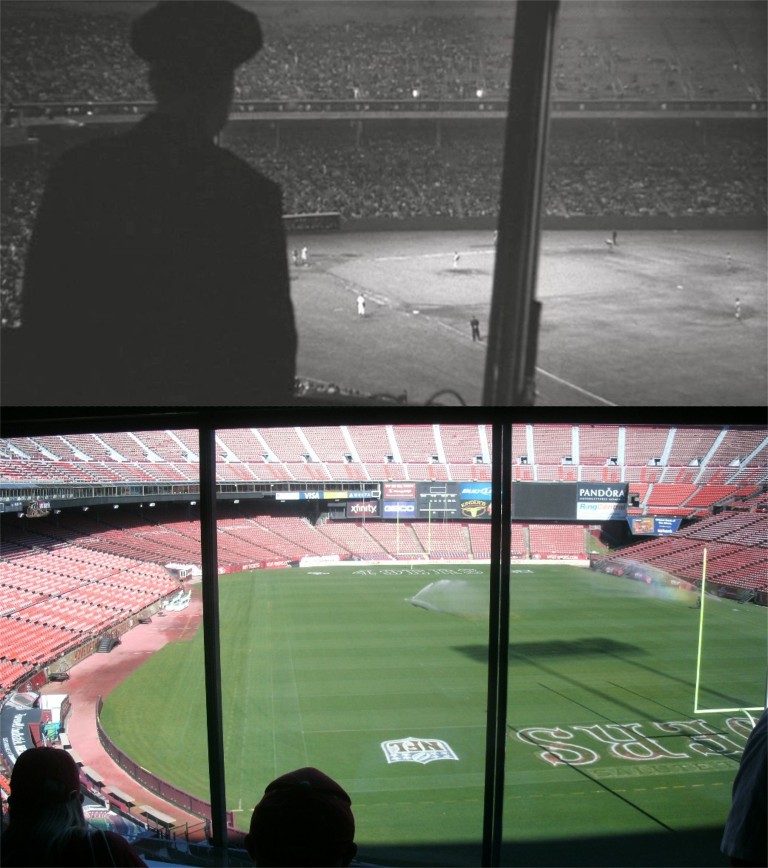 A view of Candlestick from the Mezzanine Level in the 1962 film ‘Experiment in Terror’. The movie’s denouement was filmed at Candlestick Park during an actual Giants and Dodgers baseball game.

Ross Martin plays a kidnapper shot dead on the pitcher’s mound of Candlestick Park in ‘Experiment in Terror’. This was the comparable view after the park was enclosed for football